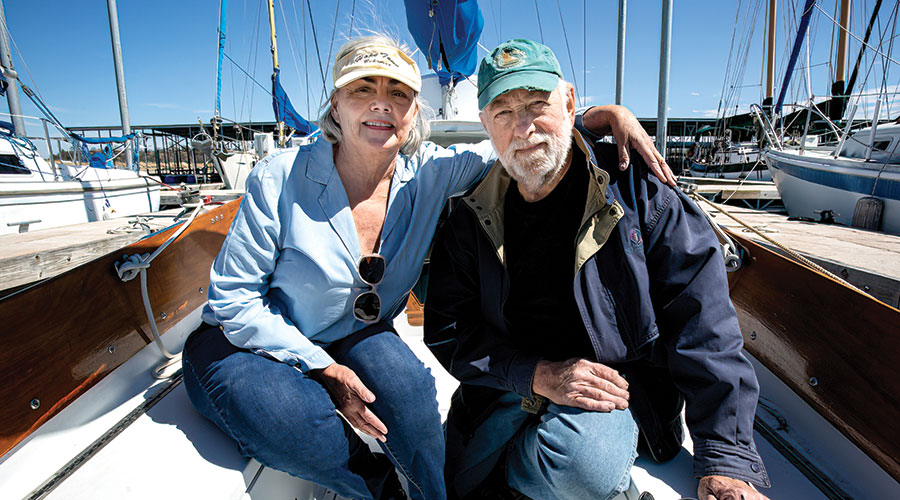 Artists find happiness and inspiration on the water

While work beckons — there’s glass to be blown and clay pots to be glazed for the upcoming MAIN ST. Fort Worth Arts Festival — the lure of 18-knot winds and 80-degree temperatures is too strong to ignore.

Raymond Rains and Pam Summers close up Cliff House Studio for the day and make the three-minute drive to Eagle Mountain Lake Marina in northwest Fort Worth. It’s a Wednesday, so, aside from a few ducks, they’ve pretty much got the place to themselves. Zephyrus, a 1962 26-foot Pearson, is tied up with the other sailboats, lanyards clanking in the wind. Raymond and Pam climb aboard and methodically prepare for an afternoon on the water. 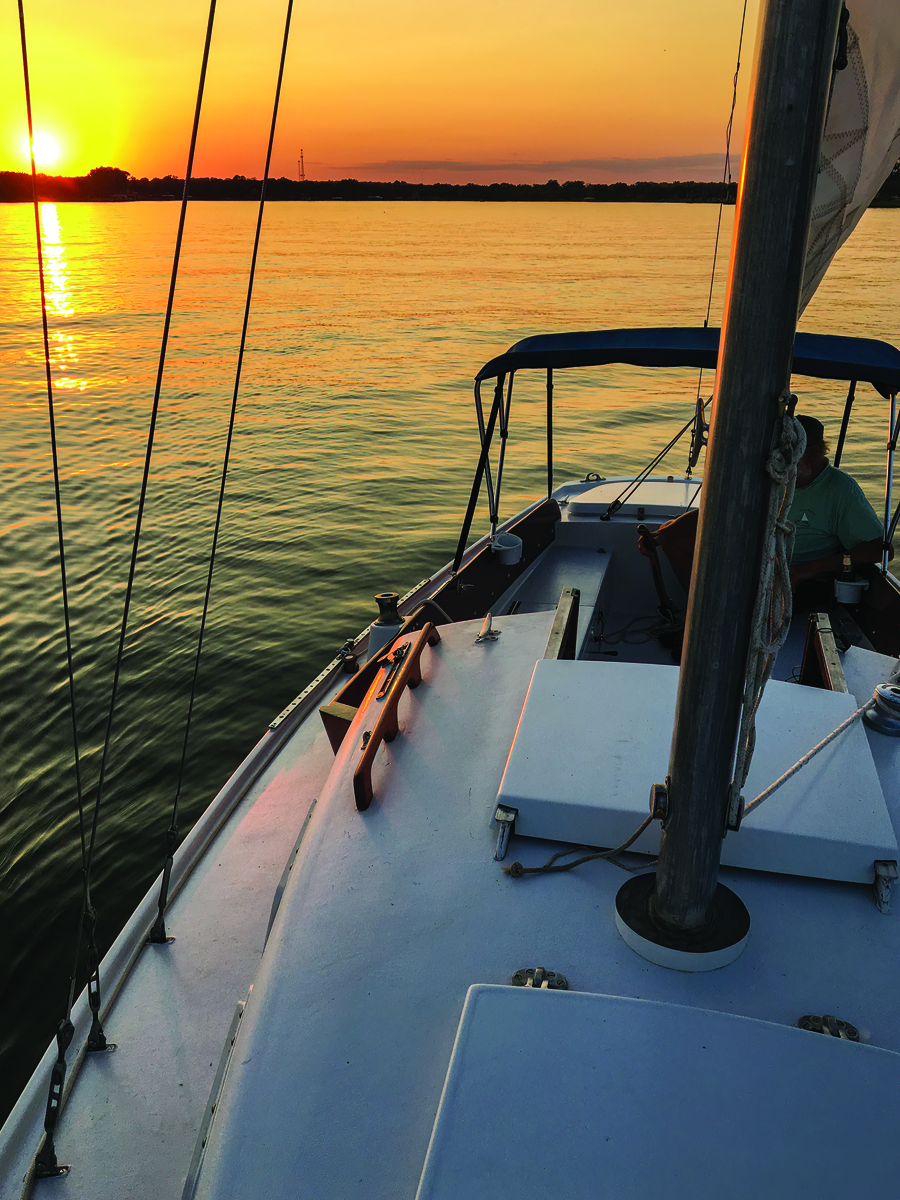 Pam’s new art crystalline pieces reflect her passion for pottery and the inspiration she takes from the blues of the ocean and the green-blue of lakes. (During COVID, Pam was able to read more about the process and take online workshops from a Spanish potter known for his crystalline work.) She’s been working nonstop on new shapes, including large bowls. And each pattern is unique.

The couple — Pam is a ceramicist and Raymond is a glass artist — jump-start their spiritual batteries when they’re on the water. Raymond got the sailing bug early, when as a young man he dated a girl who had a Hobie. He ended up buying one for himself. “When we met, Pam had never been on a sailboat.”

Now a full-time artist, Raymond had a successful career in sales and promised himself that if he hit certain goals by the time he was 50, he’d take time off and go sailing. He met Pam while taking a pottery workshop. She has long been a potter, and her work graces many homes in and around Fort Worth. Pam got the sailing bug, too.

They bought a Lancer 28, named it Raku and kept it on Lake Texoma. But they wanted to do some ocean sailing, especially for Raymond’s milestone celebration. He made his sales goals and left his job for a six-month leave of absence. They were on the water for his 50th birthday.

In 1990, they found themselves in Key West, where they rented a little cottage, sailed every day, went diving and thoroughly enjoyed themselves.

Because Pam wanted to make art, too, she hired herself out to local potters to help in their studios. “I was missing clay,” she says.

The pair soon came back to Fort Worth, where Raymond returned to his corporate job. They found a bigger sailboat in Fort Lauderdale, a 38-foot Morgan named Ishmael, and took long weekend trips there to make some needed repairs and improvements to the Morgan.

They planned to take Ismael on a shakedown cruise from Lauderdale to the Keys, despite less than balmy weather. “It was 35 degrees on Christmas Eve when we got to Florida, and we wanted to be warm,” says Pam. They opted to book a puddle jumper from the Keys to Marsh Harbour in the Bahamas, eventually making their way to — and falling in love with — Hope Town, a secluded spot in the Abacos. They soon sailed Ishmael to the Bahamas, mooring her for many years in a protected harbor not far from Hope Town. 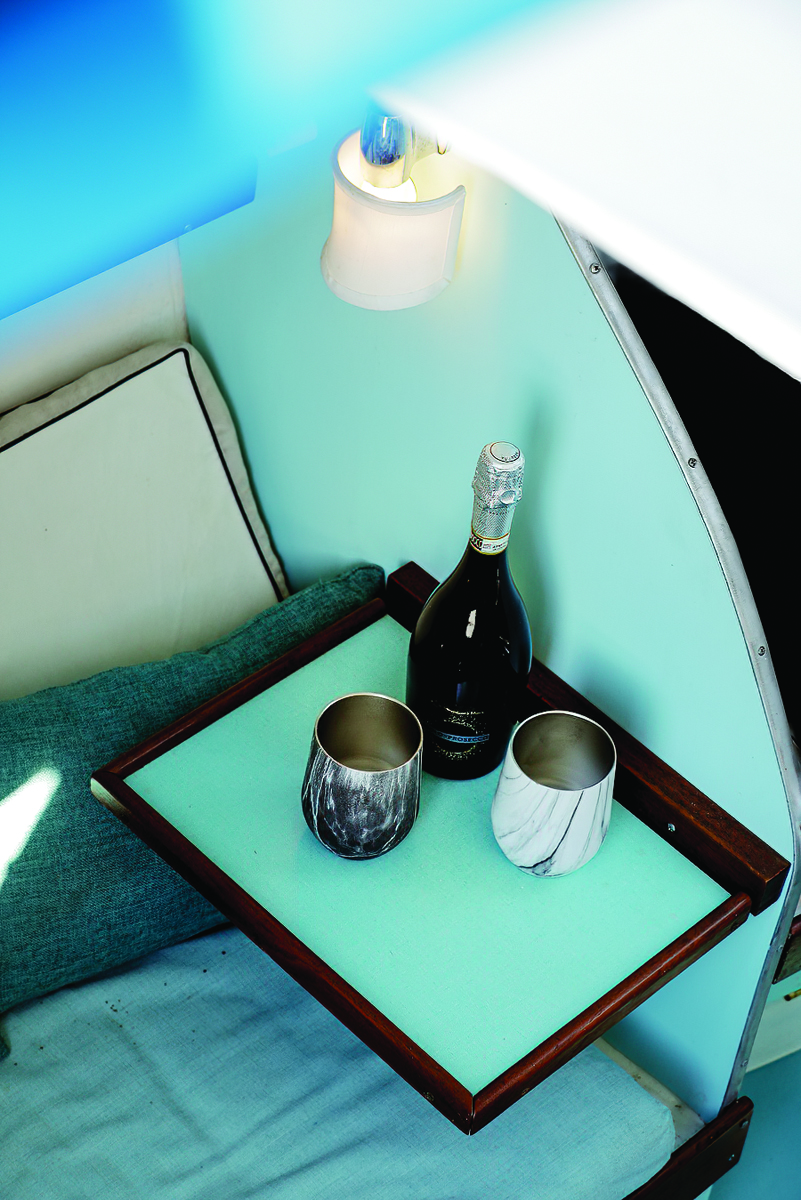 There’s room to stretch out and space enough for a bit of storage. The tray table is a new addition to the small galley and matches the turquoise color scheme. Pam closes the deck hatch. To her right is the boat’s “head,” hidden under the bench top. Photos by Ralph Lauer

In 1994, the couple married and opened their studio/gallery in Fort Worth, but they continued to be regulars in the Bahamas, renting boats and places to stay. They sold the Morgan and made friends and memories in the Caribbean on their frequent visits.

About five years ago, a friend in Fort Worth mentioned that she was donating her boat to charity. Pam and Raymond both perked up and talked her into keeping it and bringing them on as co-owners. Eventually, the Pearson became theirs. They spent a lot of time bringing the boat back to life: restoring, painting, fixing the engine, repairing sails. COVID opened up their calendar even more, as all their shows were canceled or postponed.

The couple was more than happy to get back on the water. “It’s incredibly peaceful when you’re on a boat,” says Pam. They take their phones but prefer conversation with each other or not at all.

On this day, work talk is kept to a minimum as Raymond guides the boat with the gentle push/pull of the tiller. Sailing might be better in the Bahamas, but any time spent on the water is good. 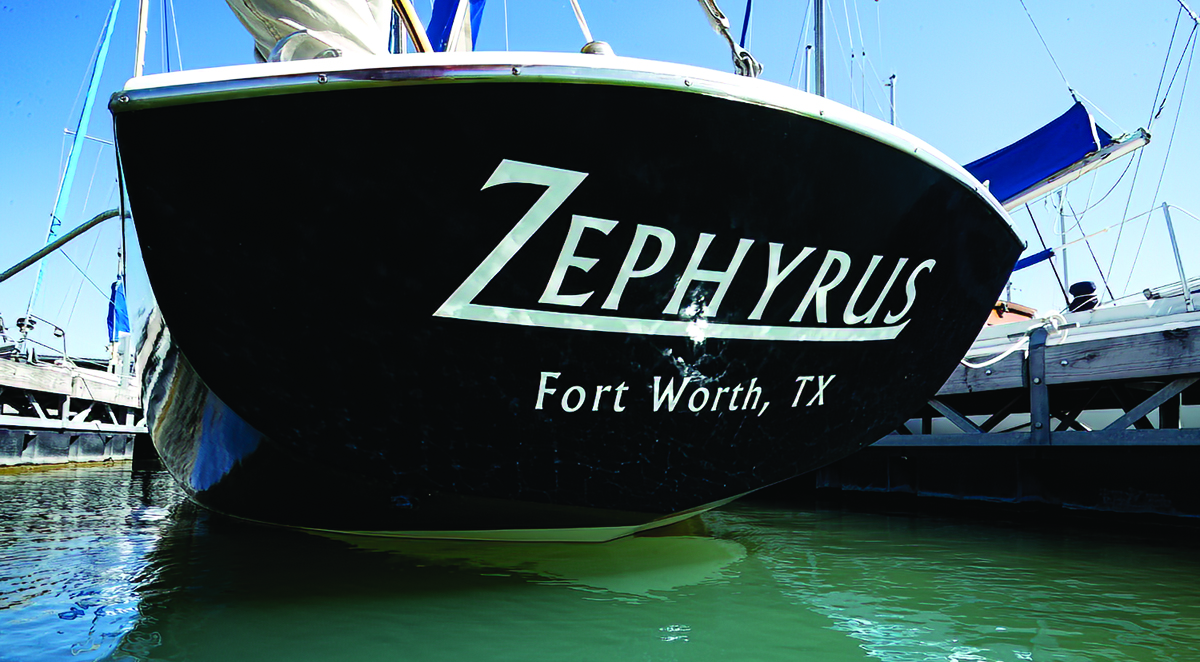